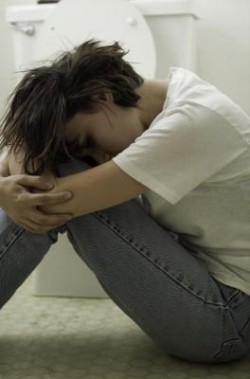 Are you addicted to morphine? Do the symptoms of morphine withdrawal prevent you from saying “no” to your next dose? Morphine withdrawal symptoms are the number one cause of morphine addiction leading thousands of people back to the ropes of drug abuse despite their desire to stay in control. For some, the symptoms of withdrawal are mild enough to overcome without medication and treatment but for others, these symptoms make staying sober and remaining abstinent from morphine use a challenging process at best.

Sustained or repeated use of morphine causes chemical changes in the body that cause the brain to react differently when the drug is and is not used. These changes also cause the brain to send signals to the body in the event that there is no sign of morphine. These signals can make the user feel increased pain, heightened sense of anxiety and depression, increased irritability, vomiting and nausea.

When an addict abruptly quits using morphine there are a wide range of symptoms that may quickly become present. Some of the most common morphine withdrawal symptoms include:

As the user continues to remain abstinent from morphine use, he or she will likely begin to feel better but this will take time. Morphine withdrawal symptoms will usually stick around for about ten days before the user will really feel some relief. I some cases, these symptoms can stick around for a few weeks or even months following the last dose of morphine but they are not usually very strong from this entire time.

If you or someone you know is trying to quit using morphine, it’s important to know that you don’t have to attempt to recover alone or on your own. There are treatment methods to help curb the cravings and make morphine withdrawal a little bit less uncomfortable for the recovering addict. Some of the treatment options include medications and various alternative therapies such as meditation, massage and acupuncture to help ease the pain, discomfort and challenges that are present during the early phases of morphine withdrawal and recovery.