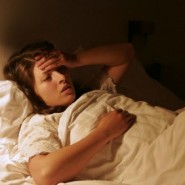 Learn how to tackle your morphine withdrawal symptoms!

Morphine, an opiate that is widely prescribed for the treatment of pain, is also highly addictive and presents many challenges to the user who attempts to quit using the drug after a prolonged period of repeat use. Many different signs and symptoms may become evident when morphine addiction begins to set in alerting the addict, their loved ones and outsiders to the idea that there may be a problem. Unfortunately, not all morphine addiction symptoms are easy to spot and sometimes, by the time the symptoms of addiction are recognized, the damage has already been done.

When a person takes morphine, either as prescribed or for recreational purposes, there is an increased risk of physical dependence which is also known as addiction. The symptoms of addiction may be mild at first but as the drug dependence continues to take over and place a burden on the individual’s day to day habits and routines, there could be many signs that quickly turn to the need for help.

The most common morphine addiction symptoms include: