Will My Treatment for Meth Abuse Be Exactly the Same as Meth Addiction Treatment?

Addiction is the final stage in a progression that begins with abuse and travels through tolerance and dependence. As such, it seems natural that each of those steps would be treated somewhat differently. But, as they all take place in the same setting it is natural to wonder how much they resemble each other. As the following discussion will illustrate the foundational elements of treatment remain largely the same, but there are some variances in the overall treatment plan. 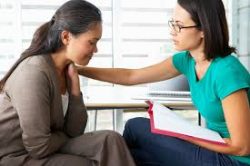 What Is Substance Abuse?

Literally, any person who uses an illicit substance is abusing drugs. Therefore, any meth use is abuse. A person can abuse drugs without ever moving into addiction. However, every meth addict begins as a meth abuser.

For example, the 2012 National Survey on Drug Use and Health reported 1.2 million people declared they had used meth in the previous year, and 44,000 had used in the previous month. Those people are not all addicts, nor are they likely to become addicts.

How Is It Different Than Addiction?

How Does Meth Addiction Treatment Compare to Treatment for Meth Abuse?

Both forms of rehab will employ therapy, education, and supports in the program. However, those in treatment for meth abuse will not have to go through a detox period because they aren’t dependent. This means they can get to the meat of their care faster and this leads them to need a shorter period of treatment. Additionally, their therapy need not be as intensive.

A lot of people enter meth addiction treatment expecting for their addiction to be cured. They assume that treatment success means lifelong sobriety. But, addiction is a chronic, relapsing disease, which means that people with an addiction will grapple with it for their entire lives and will likely relapse. 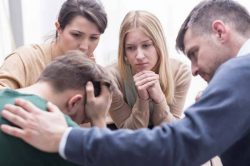 Some people feel discouraged and questions the point of treatment for meth abuse if it doesn’t prevent relapse. However, treatment helps addicts manage their addiction and to cope with relapse swiftly and responsibly, limiting the length and severity of an episode.

What Is the Point of Treatment for Meth Abuse?

Rehab does not target a patient’s drug use alone. The goal is also to assist people in resuming productive functioning in the workplace, family, and community. And, the National Institute on Drug Abuse asserts that expert research data tracking people in treatment over extended periods shows that the majority of people who enter meth addiction treatment and complete it:

Treatment counters the powerful and disruptive effects of addiction on the brain and behavior. Patients who finish treatment regain control over their lives.

According to experts, relapse isn’t just a possibility, it is a likelihood. It is important to understand that the relapse rates of addiction are not unlike those associated with other chronic disease, like hypertension and asthma, that have both behavioral and physiological elements.

According to the National Institute on Drug Abuse, the following percentages of patients relapse:

What Should Happen When Relapse Occurs?

Relapse is not a treatment for meth abuse failure. Instead it is a signal that meth addiction treatment needs to be modified or reinstated. It may also signal an alternate form of treatment is needed.

What Your Old Friends Won’t Tell You After Treatment for Meth Abuse; Changing Your Social Group Post-Meth Addiction Treatment

When people exit treatment for meth abuse, they generally look back at what they think of as the “good old days.” The tail end of meth addiction is obviously a horror show, but the times before that—the parties and revelry—can be seductive. But, this kind of thinking gets you into real trouble. After meth addiction treatment, you can’t go back to hanging out with the old friends you used to carouse with.

You Shouldn’t Hang Out with Me Anymore

The people you use meth with aren’t ever going to admit that is it a bad idea for you to socialize with them. If they are still using, they aren’t ready to admit that it is a problem and they would have to do it if they told you they are trouble. Further, they are probably still caught up in the cycle of binge using and seeking more drugs to binge again.

Meth Will Kill You

There isn’t an addict on Earth who will get really honest and admit that substance abuse is fatal. This is going to be especially true for your friends who are hardcore meth users. They know full well that meth is bad for your health, but they are addicts, so health consequences don’t matter. They will use compulsively. They can’t help- themselves.

Your Life Was Terrible When We Were Using

Friends who are still using and have gone to treatment for meth abuse are likely to look upon their drug use with fondness. They see it as a good time because they are still deep in denial, and they would have to break through that to admit how meth was destroying your life. They will remind you of binges and glories, as they try to entice you to resume using with them. Luckily, the strategies you learned in meth addiction treatment can protect you from that temptation. Visit official site to learn more about other treatments.